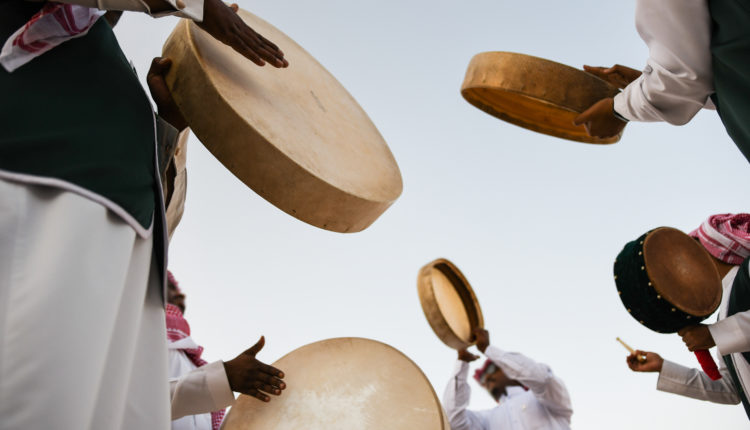 In a late afternoon in the year 622 AD, the Messenger of Allah (ﷺ) entered Medina from the neighborhood where the Banu Najjar tribe resides.1 Abu Bakr was walking behind Him; He was ahead. Yathrib will now become identified with the Messenger of Allah and be referred to as ‘Madinat al Muhammad, meaning of Muhammad’s city; later the name would remain as Medina.2

There was a celebration in Medina; some of the young people gathered dancing, with their spears on hand, and the others were greeting our prophet with their songs.3 Everything was brighter, and there was joy in Medina that had never been seen before. The faces of the people had smiles and the voices of the children were echoing on the hills of Medina, in order to make the Beloved forget what was happening in Mecca:

As the Messenger of Allah came, they expressed the joy by voicing the following song:

“The bright moon rose over us; from the hills of Wadaa!

It is necessary to be grateful as long as he stays with us!”4

The cradle of civilization, Medina, was embracing the prophet by saying “O the Messenger sent to us! Certainly, You came with something to be followed.

On the other hand, there are some people who hit the drum with a rhythm and singing songs of joy:5

“We are the neighbors of the Banu Najjâr; Fortunately, Muhammad became a neighbor to us.”

And the beloved Prophet would respond to them: