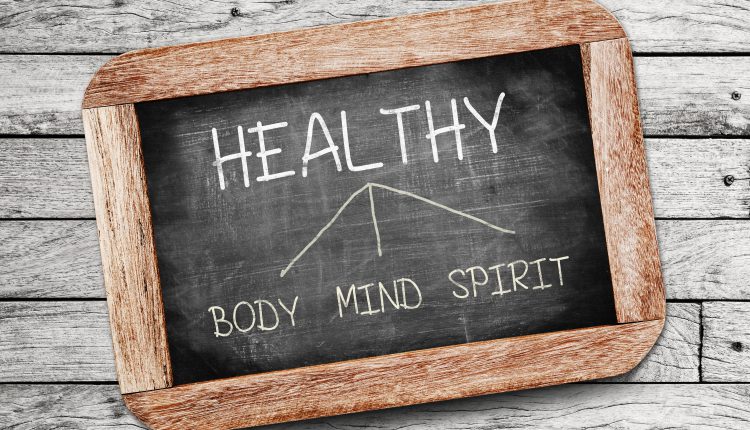 The Search for Alternatives

I once asked an Austrian friend of mine who had just qualified as a doctor where he went when he was sick. The surprising answer was that he and most of his colleagues went to a homeopath. He reminded me of our family G. P. who didn’t believe in medicines. I was told ‘just take your son home and make sure he eats well’.

My friend’s preferring a homeopath to one of his fellow professionals, was as I later found out, a rejection of what he had learned during his many years of study. He felt that he had been taught a set of beliefs, which, in his words, ‘did more harm than good’. He believed that he had been trained to ‘manage symptoms using chemicals’ and that his profession had nothing to do with looking for cures or curing people. He told me that he felt dirty when he had finished his shift and that he wasn’t being ‘true to himself’.

My friend may be an exception and is probably frowned upon and dismissed as a crank by other doctors, but, his views raise many interesting issues relevant to professionals and non-professionals alike.

There is an increasing interest in alternative approaches to health. The rise in health shops and alternative clinics show that the world of commerce is cashing in on this fact. Most bookshops stock books on acupuncture, homeopathy and other forms of Eastern medicines. However, the West’s search for an alternative has overlooked the medicine of the Muslim world, sometimes referred to as al Tibb al Nabawi, the medicine of the Prophet or Islamic medicine.

The name al Tibb at Nabawi literally means prophetic medicine. It is based upon the sayings of Muhammad, upon him be peace. However, it encompasses much more than the relatively small number of prophetic sayings. It incorporated Greek and Indian philosophy and practice wherever they were found to be in accordance with the general principles of Islam. The sayings of the Prophet set down general guidelines and principles which later led to the great discoveries and observations of the likes of Ibn Sina and other Muslim thinkers.

The word illness, mard, is used in the Qur’an in two different ways. ‘It is no fault in the blind nor in one born lame, nor in one afflicted with illness (mard)’ (Al-Nur, 24.61). This example and the verses like it give special licenses to one who is sick. These licenses include delaying the compulsory fast and not having to fight during wartime. Verses such as ‘and any of you who is ill or has an ailment in his scalp should in compensation either fast or feed the poor’ (Al-Baqara, 2.196) which refer to the sick pilgrim not having to shave or cut his or her hair, led Muslim scholars to attempt to find a legal definition of the word mard illness.

The jurists set out the basis for practical diagnosis. They identified the means by which one could judge illness which included irregularities in the blood, urine, stool, and semen; imbalance in patterns of sleep, eating and drinking and the appearance of wind, sneezing and vomit.

Illness was defined as being ‘out of balance’. This encompassed both physical and mental states. The mental or emotional state is the second usage of the word mard in the Qur’an. ‘In their hearts is a disease (maid)’ (Al-Baqara, 2.15) The heart (qalb), here, refers to ‘the seat of the emotions’, Physically, one is considered to have an illness if one is ‘out of balance’. Likewise, one is emotionally sick if one is out of the natural and pure state that we were created in.

Doctors are needed for some of these emotional and physical illnesses; for others they are not. Tiredness is a symptom of being ‘out of balance’ which can be rectified simply by sleeping.

Islam sees the ultimate curer of these states to be the One who created them. He sent doctors to His creation such as Jesus who cured the leper as well as those suffering from pride and inflated egos. The last of these great doctors was Muhammad, upon him be peace, who, through his advice and practice, set out principles for curing both types of illness.

The State of Balance

Common to many systems of alternative medicines is the concept of ‘balance/imbalance’. One’s natural healthy state is a balance between the four qualities of dryness/wetness and hot/cold. The reason a person may have left this state can be either ‘material’ or ‘consequential’. Material sickness is where a substance has entered the body and has caused its balance to shift in one of the several directions. Once the substance is gone the body will return to its natural mizaj, the model of balance.

A ‘consequential’ illness is where the effect of a substance in the body remains after it has left the body. The body is left with an excess of heat/cold or dryness/moisture.

Prophetic medicines sees illness as being caused by either this state of imbalance or damage to an organ or to the natural weakening caused by old age. The doctor’s first job is to discover the cause of illness, consider its cause, think what might encourage it to return it to its correct state act upon that and then depend on the Creator.

Most medicines in al Tibb al Nabawi are based on the dietary advice of the Messenger, upon him be peace. A simple illness requires a simple medicine. The cure for imbalance leaning towards heat would be something cold. The classic example is the fever. The Prophet said ‘fever is from the hell, put it out with water.’ (Bukhari and Muslim)

A complex illness e.g. one leaning to hot-dry would require a complex mixture, in our example a cold-dry cure.

Every illness has a cure

The Prophet, upon him be peace, said ‘for every illness there is cure. If the cure matches the illness, improvement will take place by the permission of God.’ (related by Jabir in Muslim) and ‘God did not send down an illness except that He sent down a cure (Bukhari).

The above sayings establish there important principles. Firstly, they encourage the administration of medicines. There is agreement among the majority of Muslim scholars that it is a must. Secondly, they imply that, if administering medicine is a compulsion, then searching for a cure must also be a compulsion. Finally, they emphasise the dependence on God. In this modern age of ours we tend to depend on the medicines and not on the True Curer. It is interesting to look at how few remember God in illness until they realise their illness is terminal and that there is no hope for a cure. My own experience is that it is extremely upsetting and often devastating for both patient and doctor when the limitations of modern medicine dawns on them.

Cure may include spiritual as well as physical medicine

Muhammad, upon him be peace, described specific cures which included the likes of honey for the chest and liver. He also described procedures and principles, e.g. ‘emptying the stomach and putting out the fever with water’. In addition, he prescribed prayers and supplications for things like headaches and general sickness. These can be found in the books of hadith, traditions, as well as in the various books of prayers of the Prophet.’

Diet is the key to good health

Himya meaning both precaution and diet. Himya, with both of these meanings is the central pillar of Islamic medicine. The principle is found in the Qur’an which permits the use of sand in place of water in ablution and washing, if the latter is found to be detrimental to health. There was an occasion when the Prophet came with his cousin, Ali, to the house of Um al Mandari bint Qays al Ansari. They began to eat when Muhammad, upon him be peace, stopped and said to Ali ‘you are recovering.’ He took some barley and chard and gave it to him saying ‘this is better for you (related by Ibn Majah)’ The incident is an explanation of the principle of himya in its fullest sense.

Dietary precaution himya, can be used in three stages.

2. To keep the body healthy.

Based on the model of Ibn al Qayyim, hakims and traditional doctors have developed a sophisticated system of dietary medicine.

The Messenger came to perfect behaviour. He taught not only us what foods we should eat hut how they should be prepared. Things like covering food, washing hands before eating and boiling food thoroughly when cooking were all stressed by the Prophet. The same is true of the etiquette of eating. The Messenger taught us to sit in such a manner that our stomach can be filled only to a third of its capacity.

The Messenger, upon him he peace, mentioned over seventy specific foods which he considered healthy. Modern science has confirmed that he was right. Among the foods mentioned were honey, dates, vinegar, fish and ginger.

*This article was based on Al Tibb Al Nabawi which is the final section of the book Zad al Ma’d of Ibn al Qayyim al Jawzi.

The Lineage that Goes Back to Prophet Abraham