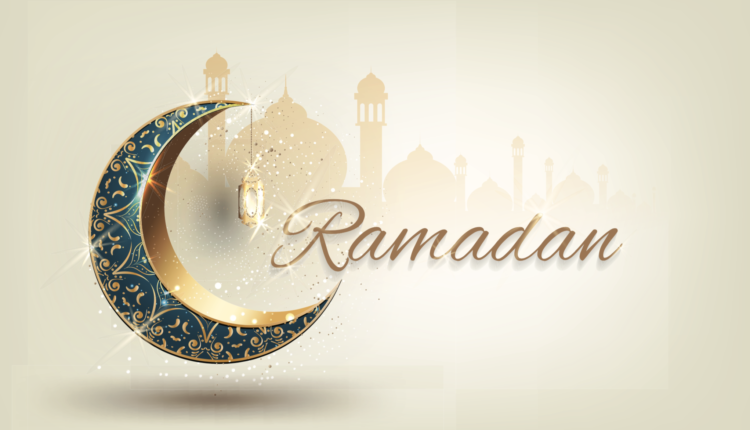 The Importance of Ramadan in Prophet Mohammad’s (pbuh) Life

Ramadan, the Sultan of the eleven months, the month of blessings and forgiveness, comes from the word “er-ramadî” meaning “rain that cleans the earth from dust in late summer”, or “er-ramdâ” meaning “flashing of sands and stones from sun’s rays”. According to this, just as how the rain cleans and washes the earth, and  just as the hot ground burns the feet of those who walk on, the month of Ramadan clears, burns, and wipes off the sins.1

Fasting during Ramadan was made obligatory to believers in the second year of the Prophet’s (peace be upon him) hijra from Mecca to Madinah, before the battle of Bedir in the month of Shaban2 with the following verse:

O Believers! Fasting was decreed upon you as it was decreed upon those before you, that you may become righteous. Fast for a limited number of days. So whoever among you is ill or on a journey during them, then an equal number of days are to be made up. And upon those who are able to fast, but with hardship, a ransom should be paid as a substitute of feeding a poor person each day. And whoever volunteers excess the amount of ransom, it is better for him. But to fast is best for you, if you only knew. The month of Ramadan is that in which was revealed the Qur’an, a guidance for the people and clear proofs of guidance and criterion. So whoever sights the new moon of the month, let him fast it; and whoever is ill or on a journey, then an equal number of other days. Allah intends for you ease and does not intend for you hardship and wants for you to complete the period and to glorify Allah for that to which He has guided you, and perhaps you will be grateful.

Prophet Muhammad (pbuh) showed his love and passion, desire and will to reach Ramadan with his prayers starting in the month of Rajab “My God! Make the Receb and Shaban months blessed on us, bring us to Ramadan”

Prophet Muhammad (pbuh), during his sermons and conversations before and during Ramadan, encouraged the believers to prepare for the Ramadan-i Sharif in their minds, ideas, hearts and spirits and to perform worship, about the merit and blessings of Ramadan with the following hadiths:

“O people, a big and blessed month is approaching, its shadow has come to you. It is such a month that there is the night of Qadr, which is better than a thousand months. In that blessed month, Allah enjoins fasting during the day and encourages nafl (supererogatory) prayers at night. In this month, a person who does a small or big deed will be rewarded as a fard deed in other months. Doing a fard in this month is worth seventy fard in other months. This month is the month of patience and endurance for the troubles of hunger and thirst, and worship. The reward of patience is the Jannah(Heaven). This month is the month of solidarity, this month is the month that will increase the sustenance of believers. Whoever gives something for iftar to a fasting believer in this month, this yields his sins to be forgiven and to be free from Jahannam(Hell). He gains the same amount of good deed without decreasing any from the believer who fasted. Some of the Companions said, “Ya Rasulallah, we are not in a position to find and give something for iftar to whom are fasting.”Upon this, Prophet Muhammad (pbuh) said, ‘Allah gives this reward to those who provide iftar with a single date, a drink of water, a sip of milk to a fasting person.’ and he continued his sermon: The beginning of this month is mercy, the middle is forgiveness and the end is free from Jahannam. Whoever alleviates the work of his slave (worker and servant) this month, Allah forgives him and keeps him away from Jahannam. Therefore, in this month, you please Allah with two of the four things I will say, and the other two things that you can never abandon at any time. One of the things that yield’s Allah’s acceptance is continuing to say the Sahada, the other thing is asking for mercy and forgiveness from Allah. The two things that you can never abandon are asking for Jannah and taking refuge from Jahannam.  Whoever gives one sip of water to a fasting person, Allah will make him drink such water from his pool during the Day of Judgment, He will not suffer from thirst again until he enters Jannah. 3

“The month of Ramadan has come. This month is a blessed month that Allah enjoined fasting. In this month the doors of the Jannah are opened, the doors of Jahannam are closed and fierce demons who are against God are chained. There is such a night in this month, it is better than a thousand months. Whoever is deprived of the virtue of this night is as if deprived of the virtue of a thousand months.”

“When it is the first night of Ramadan, demons and fierce jinns are chained and Jahannam doors are closed. The doors of the Jannah are open. Then an (angel) calls out: O who asks for the good deed, come to worship and serve! Oh who wants evil, give up your sins! There are many who Allah freed from hellfire in this month and this is true for every night during Ramadan.”

“The month of Ramadan came to you with its blessings, Allah enriches you in this month, therefore Allah brings mercy on you, eliminates mistakes, he accepts prayers in this month. Allah looks at you (about worship and charity in Ramadan) to compete with each other and brags about you to His angels. Then show yourselves to Allah with your goodness and charity. In the month of Ramadan, anyone who deprives himself of the mercy of Allah is miserable.”

“Whoever fasts during Ramadan with believing in Allah and  waiting his reward from Allah, his past sins are forgiven.”

Making the Most of Ramadan

Prophet Muhammad (pbuh) who is a guide in all matters, taught his Companions how to make the most of and fast during Ramadan, and what to watch out for during fasting with his way of living, recommendations, and warnings.

He (pbuh) read the Qur’an abundantly during the days of Ramadan, gave charity, and did good deeds. Gabriel (aleyhisselam) came to Him every night until the end of Ramadan and read the Quran to him.4

He (pbuh) spent the days of Ramadan fasting and nights with prayers such as Quran recitation, tarawih, night prayer, and Tahajjud. Encouraging to make use of Ramadan days and nights, he would say:

“Whoever fasts during Ramadan by believing in and waiting for his reward from Allah, his past sins are forgiven.”5

“Whoever revives the nights of Ramadan by believing in and waiting for his reward from Allah, his past sins are forgiven.”6

He paid special attention to the last ten days of Ramadan, went  into Itikaf in Mescid-i Saadet, and spent his time with worship and obedience. As Prophet Muhammad (pbuh) went into i’tikaf for ten days every year until he passed away, he spent 20 days in i’tikaf in the year he passed away, Jibreel (alayhisselam) recited the Quran twice to during Ramadan that year.7

The most merciful, Prophet Muhammad (pbuh) was always excited with the arrival of Ramadan. In the words of Ibn Abbas (radiallahu anh), his generosity would increase even more, especially in Ramadan, when he met with Jibreel (aleyhisselam). In those days, Prophet Muhammad would have been more generous than the wind that brought mercy to people.8 He also said to his Companions; “The charity given during Ramadan is more virtuous.”and encouraged believers to give charity generously. 9 He, for those who cannot do more in worship and generosity, drew a lower limit with the “Sadaqa Fitr “, which is one of the special prayers for Ramadan, he enjoined his Companions to give Sadaqa Fitr before Eid prayer.10

Prophet Muhammad (pbuh) celebrated the joy of having spent a month of mercy and blessings with worship and prayers with his companions by Eid celebration. He performed ghusl before going to the Eid prayer 11 and He followed a different path to the place where the prayer would be performed. 12 He welcomed Eid with takbir and tehlil.14

One of the most important elements that make Ramadan blessed is that it contains the night of Qadr, which is “better than a thousand months”in the words of the Qur’an. The Merciful Prophet  who paid great attention to this night said “The night of Qadr is hidden in the last 10 days of  Ramadan.” 15 Because the odd nights in the last ten days of Ramadan were likely to be the night of Qadr 16, he would spend 23rd, 25th and 27th nights worshiping for a long time with his family. 17

The Night of Qadr

It is the night when the Quran was revealed from Levh-i Mahfuz to the sky of the earth. Jibreel(aleyhisselam) revealed the first five verses to the Prophet (pbuh) that starts with the first verse of Surah al Alaq:  “Ikra! Read!”.

“Sura of Qadir”, which is referred to in the Quran with the same name, talks about the beginning of revelation and the great power, virtue and blessings of this night, and the divine welfare that covers the universe that night: “We have indeed revealed this (Message) in the Night of Qadr. Do you know what is the night of Qadr? The night of Qadr is better than a thousand months. Therein come down the angels and the Spirit by Allah’s permission, on every errand. There is peace until the appearance of dawn.” 18

In the Surah al Dukhan, the power of this night is sworn in: “By the Book that makes things clear, we sent it down during a blessed night for we (ever) wish to warn (against Evil). In the (Night) is made distinct every affair of wisdom, by command, from Our Presence. For We (ever) send (revelations). 19

The night of Qadr is the acceptance of a prayer made by the Prophet (pbuh) for his love and fondness towards his ummah, as follows: Prophet Muhammad was shown the duration of the lives of the people before him or the duration that Allah wished to show. Upon that, ‘Let my ummah have performed the deeds that other ummahs could not do in their long lifetime.’ he prayed. God then bestowed on him the night of Qadr, which is better than a thousand months.”20

Hakâm-i Mutlak, Allah Almighty, first informed the Prophet(pbuh) of when is the night of Qadr in Ramadan and then made him forget.21 Until, it would be revived. Whoever revives only this night might take his share from that night but,  there is no doubt who considers every night as Qadr and revives it will definitely get his share from that night. 22

Prophet Muhammad (pbuh) said that this night is one of the odd nights in the last ten or seven days of Ramadan. 23 However, the hadiths who stated that it was the 27th night, were accepted by the majority of scholars and the whole Islamic world adopted it. 24

In the statements of the Prophet (pbuh) about the night of Qadr, he emphasized the following:

My God! You are very forgiving, you are kareem, you like to forgive, forgive me too”

Some of the important events that occurred in Ramadan during the life of Prophet Muhammad (pbuh):

The Holy Qur’an and Ramadan