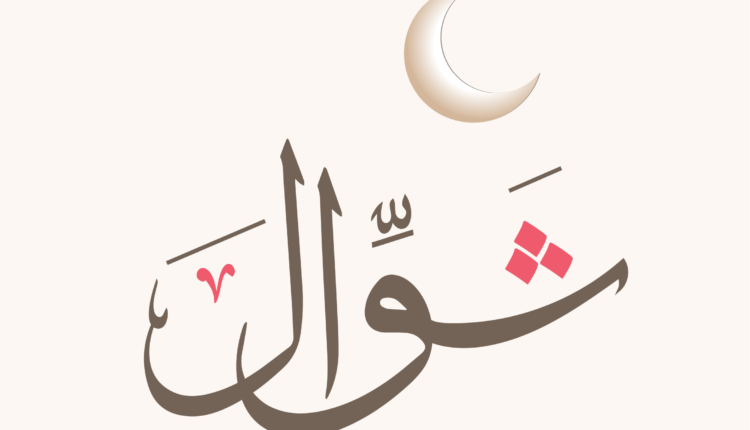 Shawwal (الشوّال) is the tenth month of the lunar year, after Ramadan and just before Dhul Qadah. It is also known as ‘the month of ‘feast(eid).” The word “Shawwal,” which derives from the root of Shawl, has a variety of definitions such as ‘lifting,” “water remaining at the bottom of the bucket,” “old age.” The reasons why the name Shawwal was given to the tenth month during Jahiliyyah are explained as follows: While the Arabs were changing the old names of the lunar months, this month was so named due to either the decrease of the camels’ milk or increase in temperatures during the summer.1

During  Jahiliyyah, the Arabs considered the month of Shawwal cursed and would not marry during this month.2 They believed that unrest would occur among spouses who got married this month, and therefore the marriages would not continue. Prophet Muhammad  (ﷺ) to change this belief in a curse, married Aisha and  Umm Salama (radialhuhu anhuma) within the month of Shawwal.3 Aisha (ra) would proudly narrate that she married the Prophet in Shawwal, and recommend the women around her to conduct their marriages in Shawwal.4

Following Ramadan, the month of Shawwal is a blessed month of which the first three days are celebrated as Eid al-Fitr. Prophet Muhammad  (ﷺ) referring  to  the Ramadan and Shawwal crescents,  reported: “Do not fast until you see the new moon; and do not eat until you see the (next) new moon. Should clouds interfere (with your sight), estimate the month.” 5 At the sight of a new moon, Prophet Muhammad would supplicate as follows: “Allah is the greatest. O Allah, let the crescent loom above us in safety, faith, peace, and Islam, and in agreement with all that You love and pleases You. Our Lord and your Lord is Allah.” 6

Prophet Muhammad  (peace upon him) completed his (itikaf) social seclusion during the month of Shawwl whenever He (ﷺ) could not complete it within Ramadan.

Shawwal is also the first of the pilgrimage months. The Qur’an mentions “the season of pilgrimage”  through this  verse : لْحَجُّ أَشْهُرٌ مَّعْلُومَاتٌ Hajj is [during] well-known months.”7 Prophet Muhammad  clarified the expression “well-known months” as the first ten days of Shawwal, Dhul Qadah and Dhul Hijjah.8 These are the last three months of the Hijri( Islamic calendar) year. The pilgrimage is performed only during this time and it is an indication of how blessed and significant this time period is.

Some of the important events that occurred in the month of Shawwal  during the life of Prophet Muhammad ( ﷺ) are as follows: