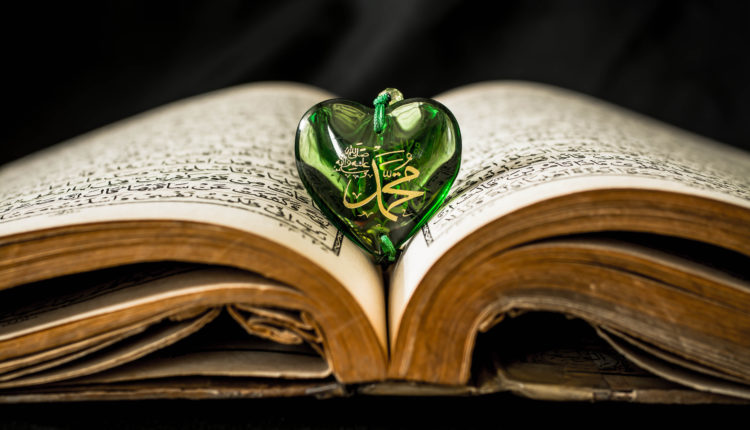 The Life of the Prophet in Chronological Order

-He was given to Halima to be suckled and weaned.

-Halima brought him back to Mecca to his mother, Amina.

-Arbitration between different clans in the crisis of restoring the Black Stone to the Ka’ba.

-The first revelation in the cave of Hira in the month of Ramadan (the first five verses of chapter Alaq).

-First public call to Islam. He invited his nearest of kin to the faith.

-First emigration in Islam. Some Companions set off to Abyssinia.

-The year of sadness. Khadija and Abu Talib died.

-A group of pilgrims from Medina (then Yathrib) met the Prophet and embraced Islam.

-The miracle of the Ascension (Miraj) and the prescribed daily prayers commanded.

-First Aqabah Pledge with a group from Medina and the assignation

of Mus’ab ibn Umayr by the Prophet to teach Islam there.

-The Prophet emigrated to Medina with Abu Bakr.

-The building of Masjid al-Nabawi (the Prophet’s Mosque) started.

-Brotherhood established between the Emigrants and Helpers (muahat).

-The Medina Contract drawn and the borders of the city determined.

-A marketplace established in the city.

-Direction of prayer changed from Masjid al-Aqsa in Jerusalem to Ka’ba in Mecca.

-The Battle of Badr.

-Festivities of Ramadan and sacrifice observed for the first time.

-The Battle of Uhud.

-The Battle of the Trench.

-Hudaybiya Peace Treaty and the revelation of the chapter Fath

-Letters sent to emperors of the Byzantium and Sasanid Empires, as

well as to the rulers of other neighboring countries.

-Khalid b. Walid, Amr b. As, and Uthman b. Talha embraced Islam.

-The conquest of Mecca.

-The Battle of Hunayn.

-Funeral for Ashama observed by the Prophet in absentia.

The Life of the Prophet in Chronological Order 363

-The Battle of Tabuk.

-A second letter of invitation to Islam sent to Heraclius, the emperor

-Ka’b b. Zuhayr (the poet of Ode to the Mantle) embraced Islam.

The Prophet gave his mantle as a gift to him.

-A committee of Christians from Najran visited the Prophet.

-The Prophet took a twenty-day spiritual retreat in Ramadan and

recited the Qur’an twice with Gabriel.

-The farewell pilgrimage and sermon.