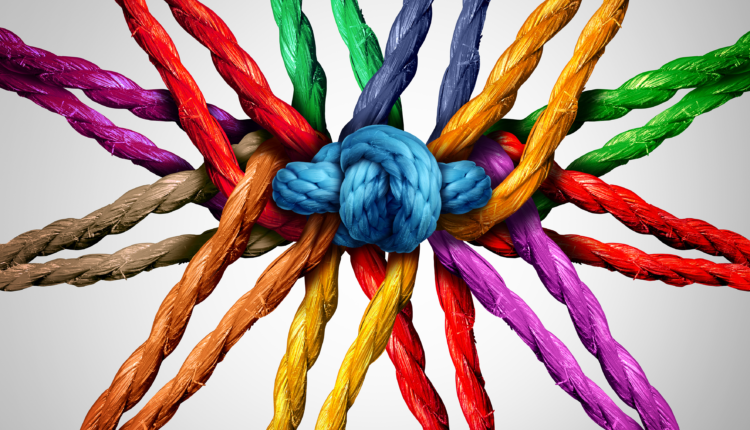 Once Prophet Muhammad, peace and blessings be upon him, had arrived in Medina safe and sound, many provisions needed to be made. The people who had come with him were not a handful, and there were also people who had remained in Mecca although they were Muslims.

Each of those who came had come with their families, or was sending for their families afterwards. There was no alternative. They were now a hundred and eighty families, and the families were not small; each family was large in size with many children. How were all these families going to be housed and how would they be provided for? One could find short term solutions but this was not a stay that would last two or three days.

In order to find a solution to all these problems, one of the first things that the Messenger of Allah did was to forge the ties of brotherhood between the Muhajirun, the Migrants of Mecca, and the Ansar, the Helpers of Medina. This was like a sister-family project in today’s terms, and thus the housing and other social problems for forty five families had been solved. He had come together with his Companions in the house of Anas ibn Malik and was saying the following: “Become brothers in pairs for the love of Allah!” 1

The idea of brotherhood to further the feelings of unity among the Muslim community was not being raised for the first time that day. Even during the Meccan years our noble Prophet had already declared people like Zubayr ibn Awwam and Abdullah ibn Mas’ud brothers, and thus he had sought a way to alleviate the burden of all kinds of difficulties in a period of great oppression. He would be the first to put the idea in practice, so he raised the hand of his nephew Ali and said: “This here is my brother.”

He was not leaving his nephew Ali, who had stayed with him since his childhood days and who had grown up with the upbringing of the Prophet, so the Messenger of Allah was declaring him to be his brother.

Then he declared his uncle Hamza the lion-hunter2 and Zayd ibn Haritha who had been enslaved due to the wrong conceptions of the period of ignorance, but who had later been freed and had the good fortune of serving our noble Prophet, brothers. It was clear that he wanted to keep these two men by his side.

In this excitement of brotherhood that was sweeping Mecca, every member of the Ansar was looking out for the Muhajirun who would be declared to be his brother. Before long, Abu Bakr and Harija ibn Zuhayr; Umar and Itban ibn Malik; Abu

Before long, this number reached a hundred and fifty and then it encompassed all the one hundred and eighty six families of the Muhajirun.6

This brotherhood would underline mutual self-sacrifice. The Migrants of Mecca set about trying to earn their own despite the protests of their Ansar brothers who wanted to meet their needs without them having to work to earn a living.

Sa’d ibn Rabi took Abdurrahman ibn Awf who had been declared his brother to his home. He was so happy, it was as if the Messenger of Allah had come to his home and was trying his best to make him welcome. First he spoke to him: “My dear brother! I am one of the richest men in Medina: Here, let half of my wealth be yours. I also have two wives; I can divorce one of them and then after her waiting period you can marry her.”

These were strange offers for Abdurrahman ibn Awf indeed! He was thinking of the treatment they had got in Mecca, and then looking at how Medina was embracing them. He was embarrassed at the sight of such self-sacrifice on the part of the Ansar who had only newly become Muslims. Then he thought of the verses of the Qur’an that spoke of the Ansar who opened their homes to the Muhajirun! Allah the Almighty knew what was in their hearts and was describing them thus:

Those who, before their coming, had their abode (in Medina), preparing it as a home for Islam and faith, love those who migrate to them for Allah’s sake, and in their hearts do not begrudge what they have been given, and (indeed) they prefer them over themselves, even though poverty be their own lot. (They too have a share in such gains of war) Whoever is guarded against the avarice of his own soul—those are the ones who are truly prosperous.7

But they had not come to Medina in order to have the world!

“Let your wealth and wives be blessed for you,” Abdurrahman said first, and then he added, “Just show me the way to the market!”

For a believer, not being greedy was an important principle, and he wanted to earn his own living.

Abdurrahman did not say yes to the offers of Sa’d and the following day he was in the market of the Banu Qaynuqa, and from then on he would always be at the market. As he put it, each item that he laid his hands on almost turned into gold or silver.8It was clear that Allah was making the road of those who read the situation well, and those who held up His will and contentment, fore and foremost, easier to travel.

One day they came to the presence of the Messenger. Before long the Messenger of Allah asked: “So tell me, what is this about?”

Abdurrahman ibn Awf had put on the scent of za’faran and thus had come to his presence.

“I married a woman from the Ansar, O Messenger of Allah,” answered Abdurrahman.

The Messenger of Allah asked, in order to ascertain how far Abdurrahman had come since his arrival in Medina: “Have you given her dowry?”

“Yes, I gave her gold of the weight of five dirhams.”

This explained that Abdurrahman had done very well for himself and that he had some commercial standing in the town. This news had to be shared with other people so that it may provide moral support for those who were walking the same path as him. Now it was time to declare this marriage and our noble Prophet said: “Then give a banquet even if it should be only one sheep.”9

As in the case of Sa’d ibn Rabi and Abdurrahman ibn Awf some people had concluded that this brotherhood would also extend to the rights to inheritance and had come to the presence of the Messenger of Allah and said: “Divide up the date orchards between us as well.”

It was the Ansar of Medina who had come up with this suggestion.

First he said “No,” and then added: “Act together in working and sweating out for your daily keep, and then share the fruits of these labors among you.”10 The meaning of this was clear. From now on everyone would do their best to work and produce something, and the Migrants of Mecca and the Helpers of Medina were now going to share the products of their labors. They said: “We have heard, and we obey!”11

Meanwhile the following verse had come to explain that this brotherhood did not extend to inheritance:

And to everyone We have appointed heirs to what the parents and near kindred might leave behind. (As those heirs have defined portions in the inheritance that must be given them,) so to those with whom you have made a solemn covenant, give them their due share. Allah is indeed a witness over everything.12

The Difference of the Ansar

The Muhajirun were doing what would be expected of them, and the Ansar was looking for ways to make them feel as welcome as possible. Even if their brothers who had come from Mecca did not want them to, they insisted on sharing all they had. One day they were speaking of the following: “Allah has shown you the right path through this Personage who is the son of your sister. He on the other hand has taken on the burden of all and is trying to solve all the problems. But he does not have the means to do so! Then you should gather as much money as you can and give it to him so that he may be able to carry out his mission to see to the needs of the poor.”

This summarized the situation well, for this was indeed how things were. Such was the sharp perception of the Ansar, and before long, they showed that these were not mere words. They gathered as much money as they could and went to the Beloved of Allah, peace and blessings be upon him, and said: “O Messenger of Allah! You are the son of our sister! Allah the Almighty has led us to the right path with your help! You on the other hand have taken on the burden of all and are trying to solve all the problems. But you do not have the means to do so! We got together to discuss this and decided to collect this; we hope with it we will have helped you a little bit and strengthen your hand in doing good. Here, accept this from us!”

What fine sensibility was this! The traveler on the path of truth had to be modest and self-sufficient and not ask for anything from anyone. Now this was like field work and an example had to be set on the ground. Before long, Gabriel came and brought the verse that meant:

That it is of which Allah gives the glad tidings to His servants who believe and do good, righteous deeds. Say: “I ask of you no wage for it (for conveying Allah’s Religion to you which will bring you this favor), but (I ask of you for) love for my near relatives (on account of my mission).” Whoever scores a good deed, We increase him in good in respect of it. Surely Allah is All-Forgiving, All-Responsive (to gratitude).13

So the cause would be taken further by not requesting anything from others, by engagement without expecting anything in return. This is how the person you were dealing with would take you seriously. This also signaled the fact that there would be no holes or seams in the mission that might provide a point of criticism for the

polytheists and the deniers, for avoiding any sense of benefit to the self meant much more than worldly good and wealth, and provided a much stronger dynamism.14